European Captain Catriona Matthew has completed her back room staff by naming Dame Laura Davies as a Vice Captain for The 2019 Solheim Cup at The Gleneagles Hotel in Perthshire, Scotland, on September 13-15.

Davies brings a wealth of experience to the European team, as both the event’s leading points scorer, with 25, and as the player with the most appearances, 12.

She will join Suzann Pettersen and Kathryn Imrie, the three vice captains having made a combined 21 Solheim Cup appearances over a 25-year spell from 1990 to 2015, amassing a total of 45 ½ points for Europe.

Speaking ahead of the Ladies European Tour’s season-ending event, the Andalucía Costa del Sol Open de España, taking place at La Quinta Golf & Country Club in Malaga from Thursday, Matthew said that selecting Britain’s most successful golfer for the role was “a no brainer.”

“She played in the first 12, won 87 times, has a wealth of experience, is still playing, knows all the players, will be great fun in the team room… I mean, it was really a no brainer!” said Matthew.

“I’m delighted to have Laura alongside me on the journey to Gleneagles. She is hugely respected by the players and has a great sense of humour, which will bring a bit of levity. Her experience speaks for itself: she has played in 12 Solheim Cups, on both winning teams and losing teams, she has won 87 titles around the world and has been the lynchpin of the Ladies European Tour for the last 30 years. The players that will be in the team have such respect for her that if any of them need a question answered, they will listen to Laura. I couldn’t ask for anything better than to have Laura, Kathryn and Suzann at my side as vice captains and their combined experience will be a great asset for our team.”

Matthew was initially unsure whether Davies would accept the vice captaincy role, as the four-time Major champion has declared that she never wants to be Solheim Cup captain, but she could not have been keener.

Speaking ahead of her appearance this week in Spain, Davies said: “I’m delighted and honoured to have been asked to be a vice captain for the first time by Catriona.  She sent me a text message when I was doing commentary at The Ryder Cup and I thought, ‘Ah, I wonder what this will be about.’ Sure enough, she asked me if I would do it and I didn’t even have to think about it. I want to be part of the team and I hope that I can make a positive contribution and help in any way that I can.

“The Solheim Cup has always held a very special place in my heart, right from the first one in 1990. Many of my fondest memories have been made during The Solheim Cup and I’m hoping that this one, at Gleneagles, will be the best yet.

“Hopefully, we’ll have a really strong team, because we have some great players now. We want the American and European fans to come out in numbers, the weather to be perfect and it to be a real celebration of women’s golf. I can’t wait to get started and am looking forward to the challenge.”

Davies’ individual golfing accomplishments on the global stage include 87 tournament wins, including 45 Ladies European Tour titles and 20 LPGA titles. She has also won on the LPGA of Japan, the Australian Ladies Professional Golf Tour, the Ladies Asian Golf Tour and recently completed a clean sweep of majors on the Legends Tour, with her win at the inaugural U.S. Senior Women’s Open conducted by the USGA in July followed by the Senior LPGA Championship presented by Old National Bank in October.

In addition to her tournament victories, Davies has won a record seven Ladies European Tour Order of Merit titles. She was the first non-American to finish at the top of the LPGA money list and is a member of the World Golf Hall of Fame. 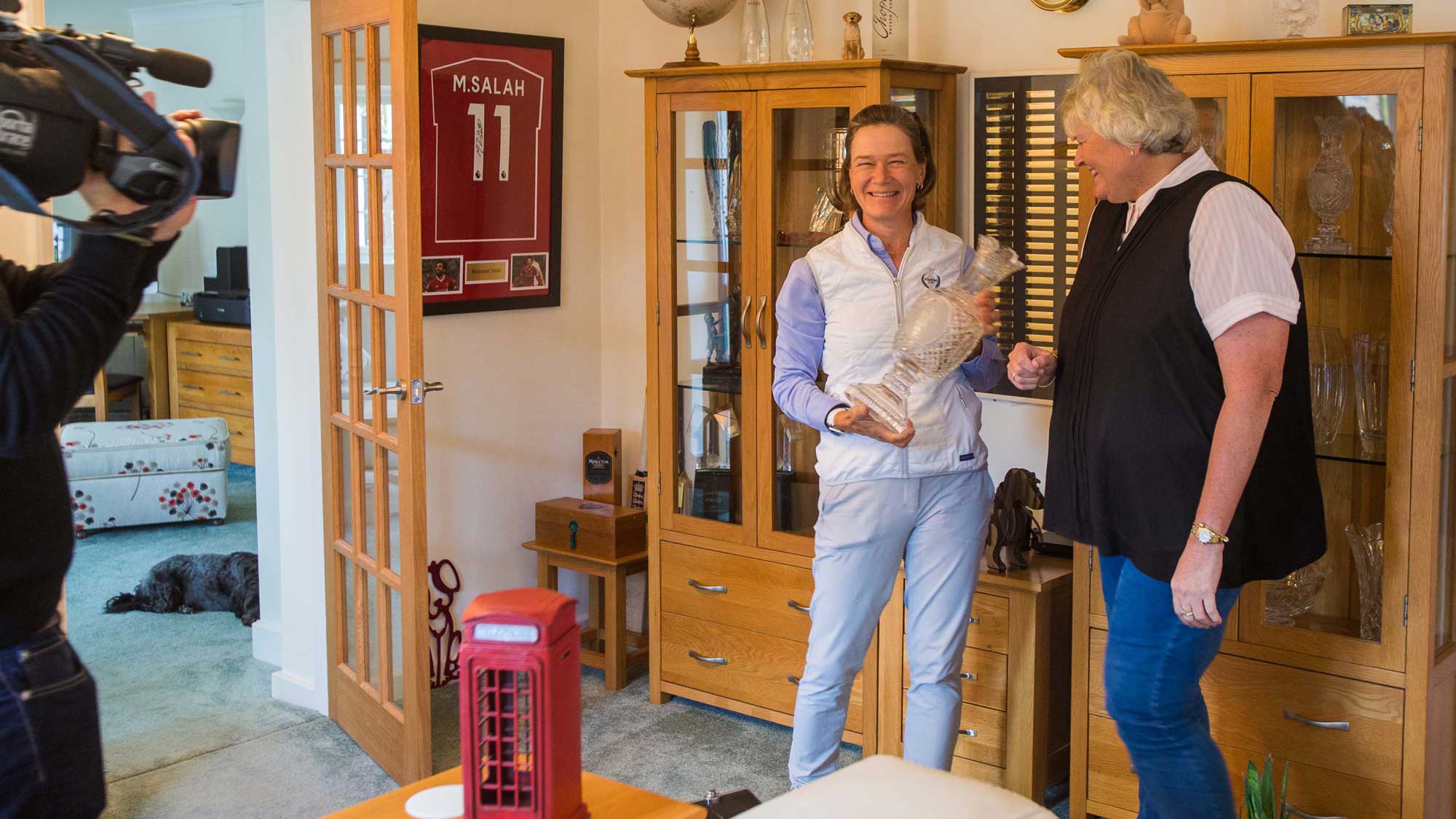 At The 2019 Solheim Cup, the 16th staging of the contest, Europe will look to regain the trophy for the first time in six years, following the last win in Colorado. The United States team has won the last two competitions in St. Leon-Rot, Germany and Des Moines, Iowa and will be looking to make it three in a row in Scotland.

The 2019 Solheim Cup will not only showcase the stunning assets of Scotland, the Home of Golf, but also build on the legacy of the successful 2014 Ryder Cup at Gleneagles. It will underline that Scotland is the perfect stage for major golf events as it seeks to help inspire a new generation of children to take up the game invented in their home country.

“Dame Laura is unquestionably a legend of the game and will bring unrivalled experience and insight, helping Catriona inspire the European team.

“Her involvement will contribute further to this world-class event at Gleneagles, promoting Scotland on a global stage and inspiring people, particularly women and girls, to get involved in golf and in sport more generally.”

Make sure you don’t miss the opportunity to be there to enjoy the action and witness sporting history being made in a truly unique setting. Tickets are on sale now at www.solheimcup2019.com.