Written By: Kent Paisley @kentpaisley
Kent Paisley is a Digital Content Producer for LPGA.com. He worked for All Pro Tour and Women’s All Pro Tour as a Media Producer. He has also done play by play broadcasting and production work for ESPN3 out of Syracuse.
﻿
0
0

Solheim Cup Team Captains Juli Inkster and Catriona Matthew have announced the pairings for the opening morning foursomes. Two rookies for Team Europe and five rookies for Team USA will make their debuts, with the Americans rolling out a rookie in every single match in the opening session. 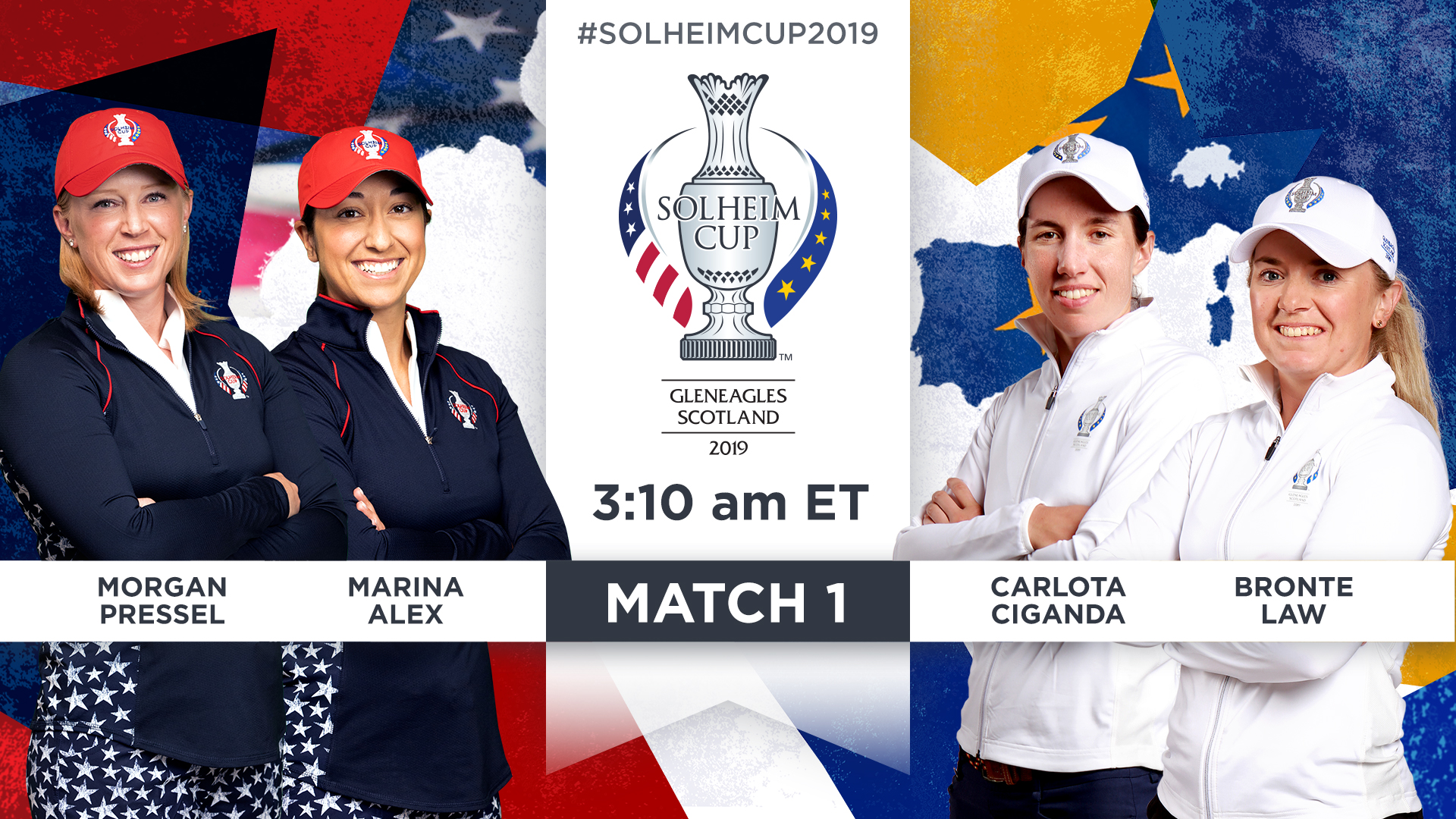 The two highest-ranked players in the Rolex Women’s World Golf Rankings on Team Europe form a formidable duo against Solheim veteran Morgan Pressel and rookie Marina Alex in the opening match. Carlota Ciganda is 1-1 in previous foursome experience while Law is making her Solheim Cup debut. It’s the fourth time Pressel has played in the opening day foursomes session in her Solheim Cup career, going 1-1-1 in the Friday morning session in her career and 4-3-0 in foursomes play.

Ciganda and Pressel have only matched up once before in their Solheim careers, with the Spaniard beating the six-time U.S. Solheim Cup veteran 4&2 in singles play at the 2013 Solheim Cup in Colorado. 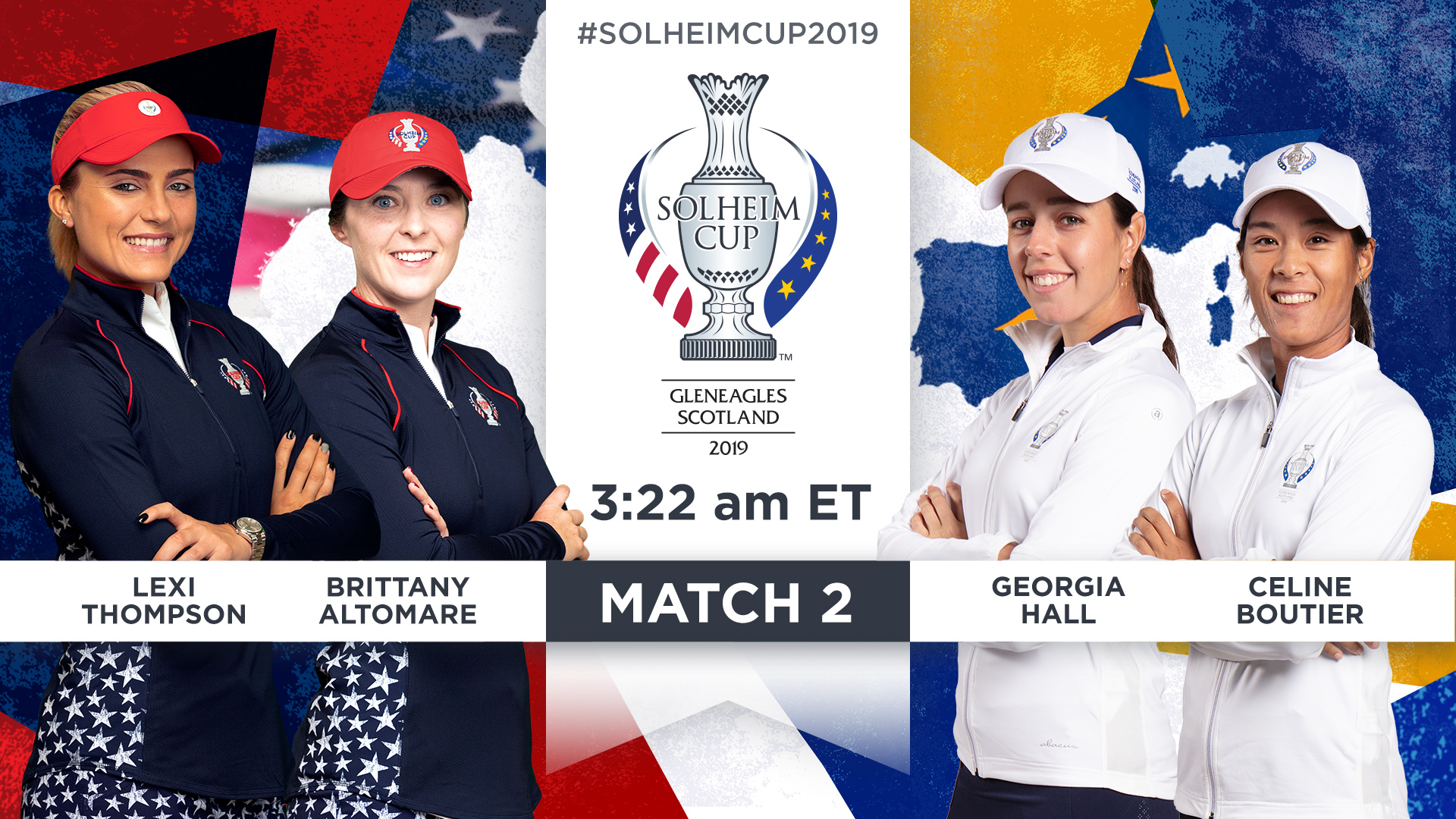 In the second match of the day, Team Europe will send out Georgia Hall along with rookie Celine Boutier as they take on top-ranked American Lexi Thompson and rookie Brittany Altomare. Hall went undefeated in foursomes play in her first Solheim Cup appearance in 2017. Thompson has not lost in the foursomes format in three previous Solheim appearances, going 2-0-1.

Hall and Thompson have faced each other once before as Thompson and her partner Cristie Kerr defeated Hall and Catriona Matthew 4&2 in a four-ball match in 2017. 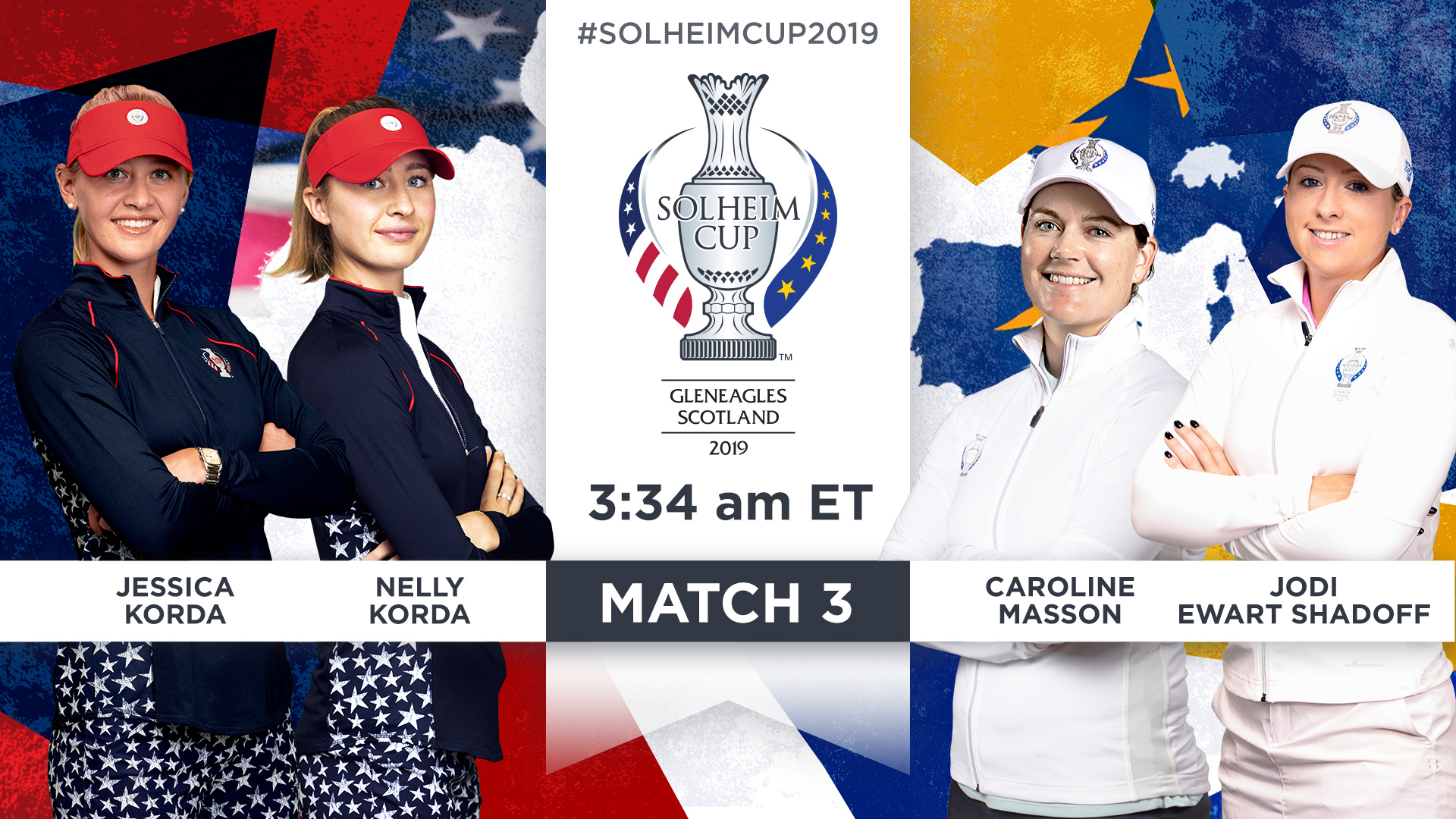 Europe’s Caroline Masson and Jodi Ewart Shadoff will take on Team USA’s Korda sisters, as they become the first sisters to pair together in Solheim Cup history. This will mark the second time that Ewart Shadoff and Masson have been paired together in foursomes play. They lost that match 5&3 to Cristie Kerr and Lexi Thompson in 2017. 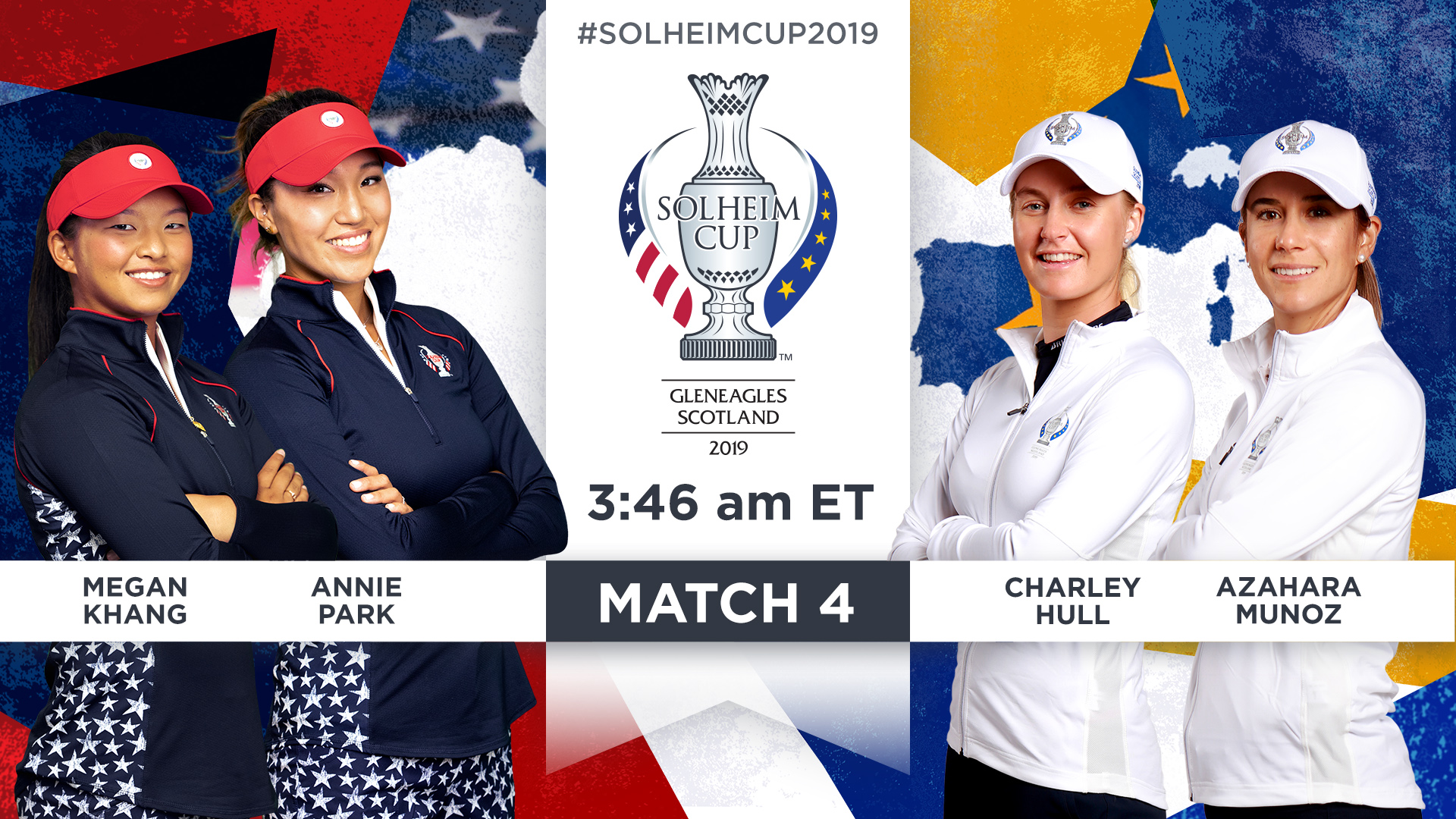 The Friday morning foursomes session will close out with Europe’s Charley Hull and Azahara Muñoz taking on the rookie American duo of Megan Khang and Annie Park. The European duo has never played together in a Solheim Cup before, but have both seen their share of success with other partners in the foursomes format. Munoz and Hull have a combined 4-2-2 foursomes records in eight previous appearances.

Captain Juli Inkster explained in her pre-tournament press conference, “Everybody’s a rookie once. And I just happen to have six of them. So we’re just going to throw them out there.”