Solheim Scramble Is On

Holy Toledo! Scramble is on for Solheim Cup Showdown

No doubt about it, the Solheim Cup adds sizzle to the season. Anticipation is already building on both sides of the Atlantic for the tussle in Toledo this September. And why not! Three of the last five Cups are among the best team events ever – women or men.

When the 17th Solheim Cup kicks off Sept. 4 at Inverness Club, memories of Europe’s glory in 2019 at Gleneagles and the dramatic finish will be fresh in the minds of both teams. So too will images of the phenomenal comeback by the United States in Germany in 2015, and the last-hour rally by Europe at Killeen Castle in 2011.

The intensity of the Solheim Cup has firmly established it as one of the premier competitions in all of golf. This is a contest that just keeps getting better and better.

In 2009, when the U.S. won for the third consecutive time, the Solheim Cup stood at eight victories for the Americans and just three for Europe. With so many great players coming from other parts of the world, there were voices calling for Team Europe to become Team International. Then things got interesting.

In 2011, Europe won 2½ of the last 3 points in Ireland to take the Cup 15-13. Then at Colorado Golf Club in 2013 Europe was victorious in America for the first time. Europe was on its way to three in a row in Germany in 2015 when the Americans won the last five singles matches and seven of the final eight to prevail 14½-13½ in the greatest comeback ever in a team event. 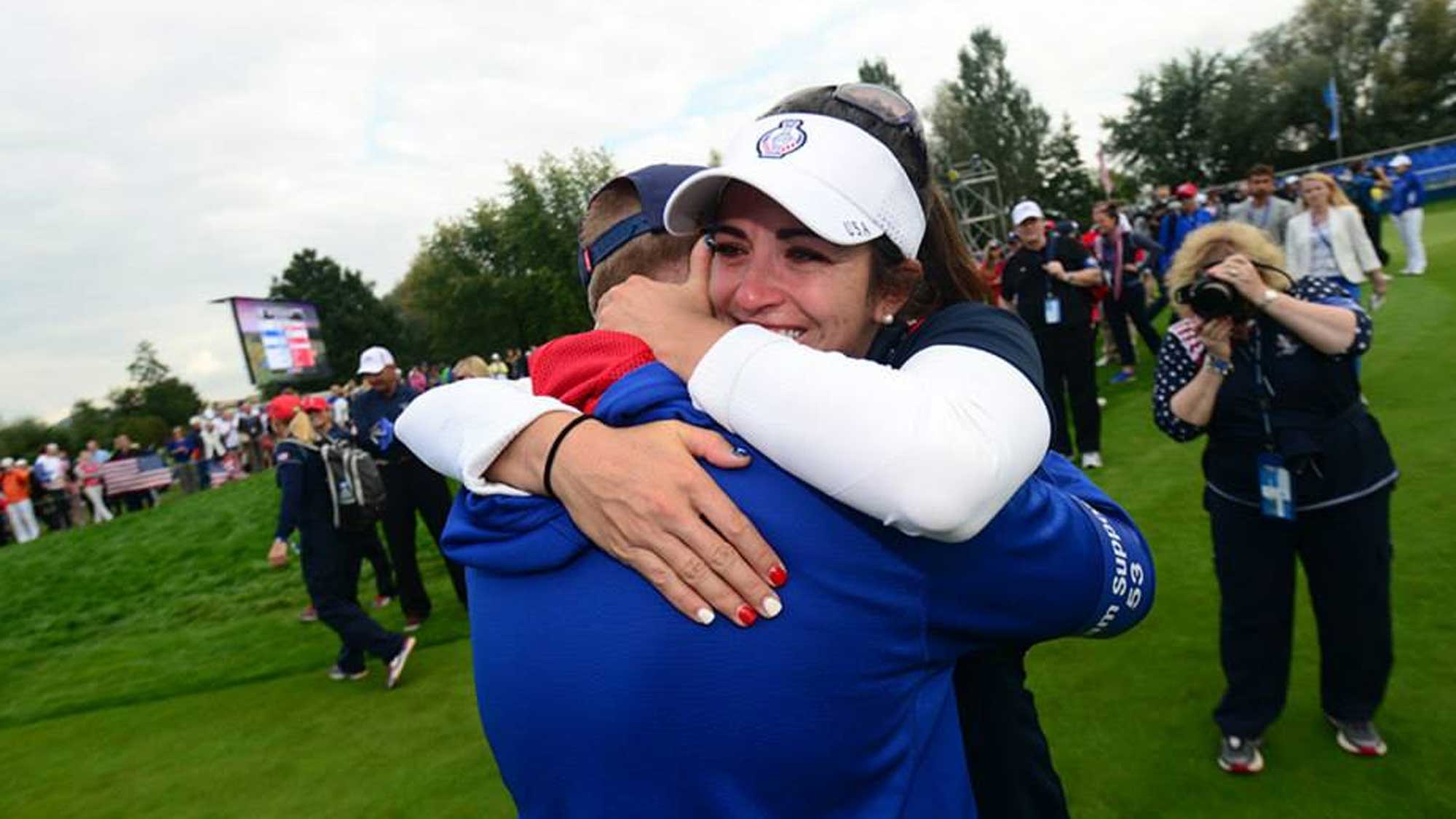 And then there was Gleneagles. Trailing 13½-11½ Europe needed to win the final three matches to take the Cup. A halve in any would mean the U.S. keeps the title on a 14-14 tie since it already possessed the Cup.

Anna Nordqvist and Bronte Law did their part for Europe, winning singles matches, so it came down to Suzann Pettersen against Marina Alex, who went to the final hole tied. Pettersen needed to win the hole or Europe would lose – and that’s exactly what she did, holing a 7-foot birdie putt.

That the outcome was decided by the last stroke on the last green in the last match left on the golf course was as dramatic as it gets. That Pettersen followed her heroics a few minutes later by announcing her retirement made it all the more special.

And that brings us to Toledo and this year.

The overall record stands at USA 10 and Europe 6, but Europe has won three of the last five and goes to Inverness with a familiar face at the helm as Catriona Matthew returns as captain. Juli Inkster captained the Americans in three consecutive Cups but now that responsibility falls to Pat Hurst.

With four events in Europe right before the September showdown, there’ll be plenty of movement with double points at two majors in that month – the Evian Championship July 22-25 and the AIG Women’s Open Aug. 19-22 – plus a new stroke-play event July 29-Aug. 1 and the Ladies Scottish Open Aug. 12-15.

The COVID-19 interruptions of 2020 altered the selection process somewhat and Hurst is still hoping to get more than two captain’s picks for the Americans.

With six captain’s picks, Matthew is going to have a lot of flexibility to add the hottest players going into the Solheim Cup.

“We felt with the players not playing as much and all the schedules being up in the air [because of COVID] that it was just nice to do that and give you a bit more options,” Matthew said.

For Europe, the two qualifying off LET points as of now are Emily Kristine Pedersen, the Dane who won four LET events last year including three in a row, and Julia Egstrom with veteran Carlota Ciganda and Women’s Open champion Sophia Popov the next two.

The four who would make it off the Rolex Rankings are Ciganda, Popov, Charley Hull and Melissa Reid with the next two Georgia Hall and Caroline Masson, plus the six captain’s picks.

The Diamond Resorts Tournament of Champions started the LPGA Tour season with 25 players in the winner’s only event. When the Tour returns Feb. 25-28 at the Gainbridge Championship the Solheim Cup quest begins for everyone. From here on in, each event will have a tournament within the tournament. And it all leads to Ohio.